Things to do in and around Istanbul

Istanbul offers a wealth of attractions to suit every type of traveller from the art lover and history buff to the foodie looking for their next culinary adventure. There are many opportunities for a rewarding day out or an informative guided tour in and around the city if you're keen to expand your knowledge and get the most out of your stay. 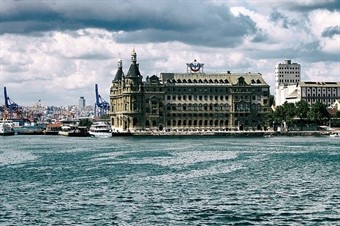 A trip to the Asian side of Istanbul is not always at the top of the tourist's list, usually through no other reason but time constraints, however, it can make an interesting addition to your time in the city and a great way to spend a day. The  20 minute ferry ride over is worth it in itself just for the views of some iconic sights of the city. Once you disembark the ferry, take a stroll into the narrow streets of Kadıköy which feature an unusual combination of antique stores and big-name brands. When you're all shopped out, head for one of the busy eateries where you can experience the traditional  pide - a pizza like meal created by the Turks which is mouth-wateringly delicious and particularly good in this district!

Avid readers may have heard of Orhan Pamuk, the literary son of Istanbul and perhaps one of the most well know novelists in Turkey. His book, The Museum of Innocence, was the inspiration for the museum of the same name (a short taxi ride away from the Kadıköy ferry terminal). The collection is a mesmerising journey through childhood and the family home through the ages. 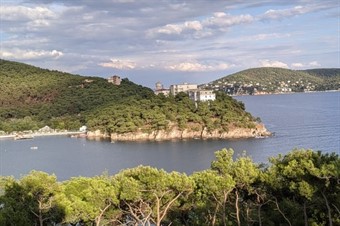 If the frenetic pace of life in the city    gets too    much,    then take a ferry over to    one of the Princes Islands in the    Sea of Marmara.    Büyükada is the largest and most popular but we think    Heybeliada makes for a charming and less crowded alternative with its easily navigable walking paths and 19th    century pastel    coloured    architecture.    Cars have been banned from the island to cut pollution so as you explore, the most traffic that you are likely to    encounter    is the occasional horse and carriage! Finish up    with a long lazy lunch    at the harbour in one of the    Greek style    fish restaurants to complete    a relaxing trip here. 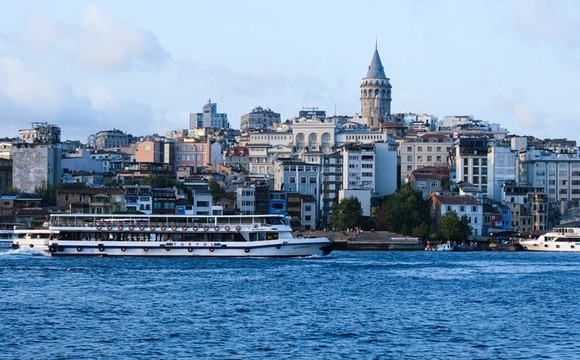 A    trip on the    Bosphorus is a great way to see the city and, in some cases, experience    a slice of Istanbul life!    Take a local passenger ferry over to the Asian side or to one of the Princes Islands and you will be rubbing shoulders with the locals    going about their daily business.    Listen to    passengers having a sing-a-long    of traditional    songs, and watch people selling their wares; anything from    hats and sunglasses    to kitchen gadgets of which they will often do    demonstrations! Perhaps you would prefer a private boat tour of a few hours    to fully enjoy the sights as you cruise down the river. Whichever way you chose to traverse the waterways, make sure you keep your eyes peeled for    the dolphins that make their home here. 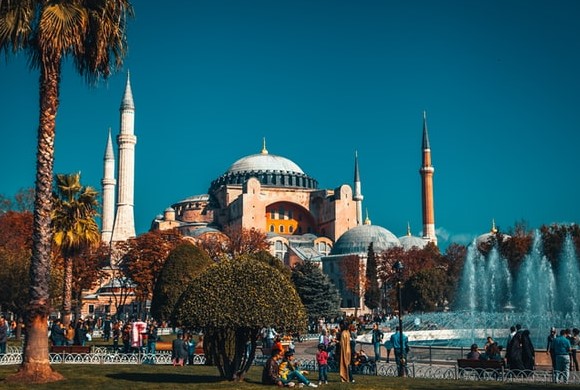 There are many guided tours that you can take that cover multiple sights around the city and will allow you to get the most out of your time in each place, learning as you go. Tours will usually include the vast grounds of the  Topkapi Palace from the Ottoman era, the  colossal  Hagia Sophia; a  long-standing place of worship  (first built as a church, converted to a  mosque, turned into a museum, and now a mosque again), and the underground  wonder of the  Byzantine Basilica Cistern.  The Istanbul  Archaeology Museum houses many treasures  and is very much  worth a look as is the Dolmabahce; the largest palace in Istanbul. Both of these places will compliment any tour if they are not already included. 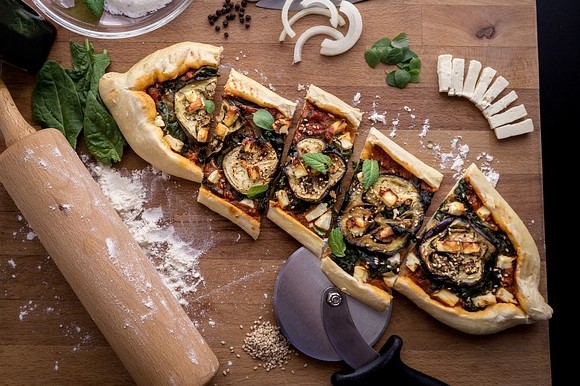 There are many tours that take you to the heart of Istanbul's food scene where you'll wander through back streets and hidden laneways, trying an exciting array of foods as you go. Your guide will offer insight into the intricacies and traditions of Turkish food culture and explain about the ingredients and origins of Turkey's most popular dishes. Not only will you gain a good understanding of the culinary delights of Istanbul, but you will also get your bearings in the most lively part of the city.